The Third Gallery Aya is very pleased to announce a two persons show by ABE Jun and NARAHASHI Asako in Paris Photo 2018.

We will show Abe’s work titled ‘Photo Letters’ from his series which used to be photographic paper in postcard size. This enabled you to develop your own photographs and mail them as postcards.

Abe Jun sent such photograph-postcards to Studio Scene a few times per a week, in this manner from July 5, 1982 to March 13, 1984, and again from May 1997 to February 2000. This postcard project is reminiscent of the work of Kawara On, but unlike On’s conceptual exploration of self-identity and the passage of time, Abe’s works seem to express enjoyment not only of taking photographs but also of distributing them through the postal system.

And also we will show NARAHASHI’s work from series “NU・E” which is a new selection of her vintage prints from the exhibition was held 17 times at 03FOTOS from 1992 to 1997. The spirit of NU・E (nue, a kind of legendary composite animal) visible in the landscape of Japan can only be captured through photography, and years after the series began, we feel strongly the wonder and eeriness of the unique world expressed in Narahashi’s work.

NARAHASHI Asako, from the series of NU·E1994712×712mmGelatin Silver Print 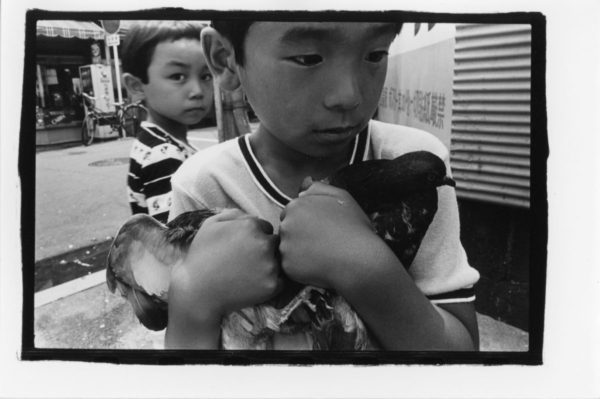