A Day of Accumulated Moments 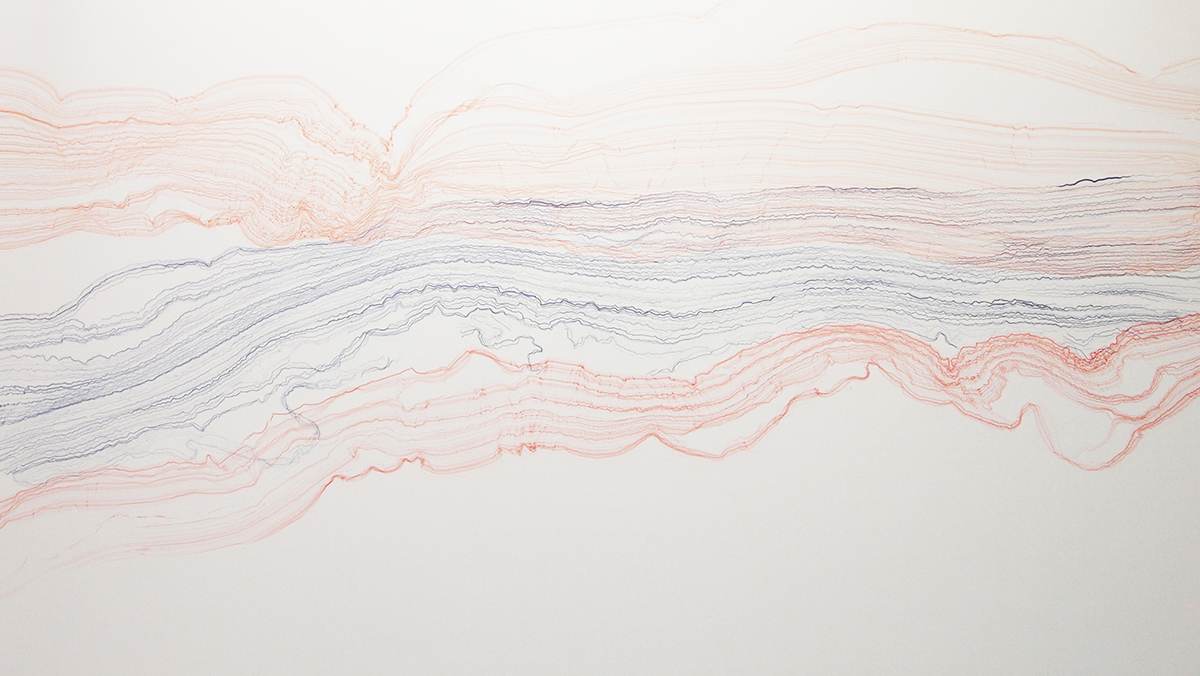 The Third Gallery Aya is pleased to announce KAWAKITA Yu’s solo show of new works, which will begin from July 12th.
KAWAKITA expresses the texture of nature itself, including water, air, the vital power of plants, movement of wind and human bodies within these things.
She used tiles and acrylic paint in her previous exhibition but this time she will exhibit her new works, in which she fixes included bright color onto paper or canvas like the form of a flowing river. KAWAKITA exhibited at VOCA last March and she is expanding her career.
Please join us.

Artist statement
I recognize the world through color, shadow, sound and feeling.
The place where I am could never exist without the elements with constitute this world.
Some of these things can be touched others, such as air or emotion, cannot.
I simply accept these things as they are.
I felt that if I recognize more and more, I will get into that feeling but everything escapes
me.
I would like to make sure that I face these phenomena and what I recognize while I make my works.

I mainly fix a fluid movement using water with tile or another material.
But now, I would like to expand the limits of the colors that I haven’t seen.
And also I would like to make a new spectacle appear which I extract from these colors on the material.