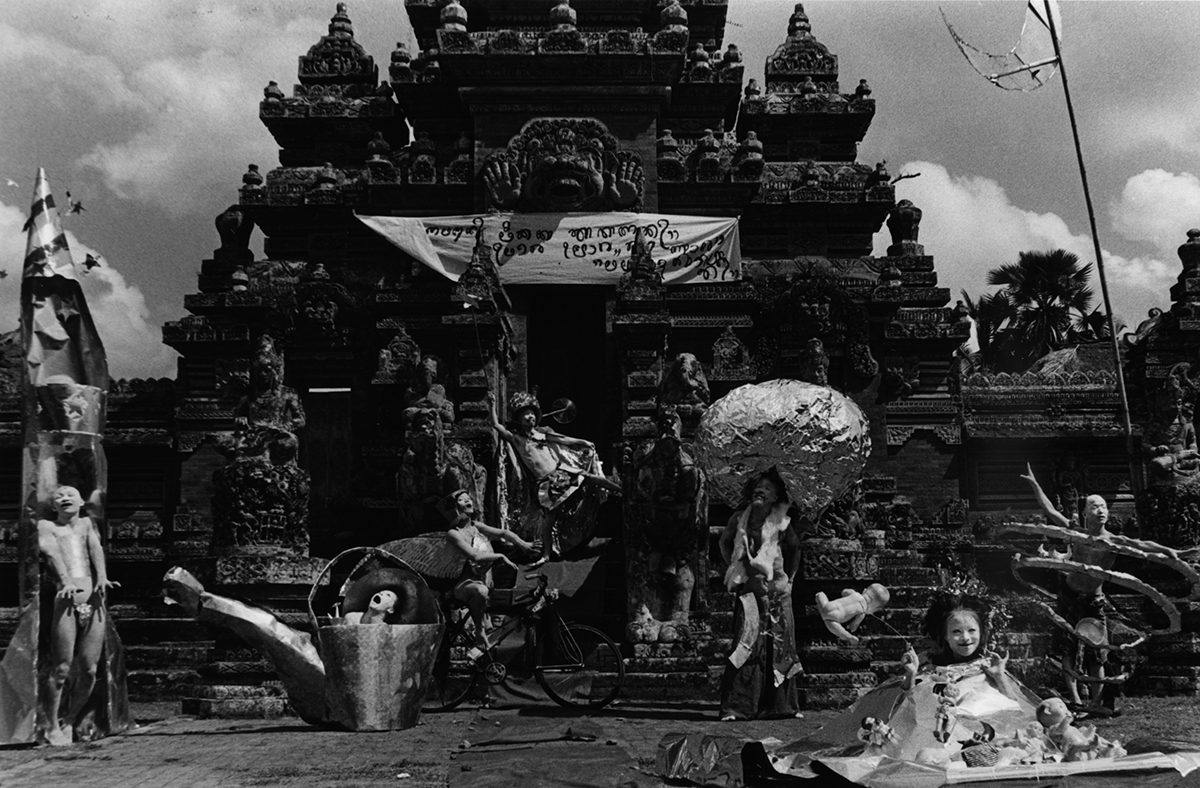 We are pleased to announce a solo show by Abe Jun, titled Byakkosha, in October.
As the staff cameraman for Byakkosha, a Butoh experimental dance troupe based in the Kansai region from 1982 to 1994, Abe took a wide variety of photos including pictures of onstage performances, publicity photos for flyers and posters, and pictures that were only for documentation purposes.
The images for press releases announcing their performances were produced by Abe based on discussions with Mr. Osuga Isamu, the group’s leader and representative, and other members.
The onstage images were shot on site at performances, including in other countries, and were thoroughly staged, with props and compositions prepared. They should be regarded as collaborative works.
This is the first exhibition of these works since 1994, and the first ever in Japan.