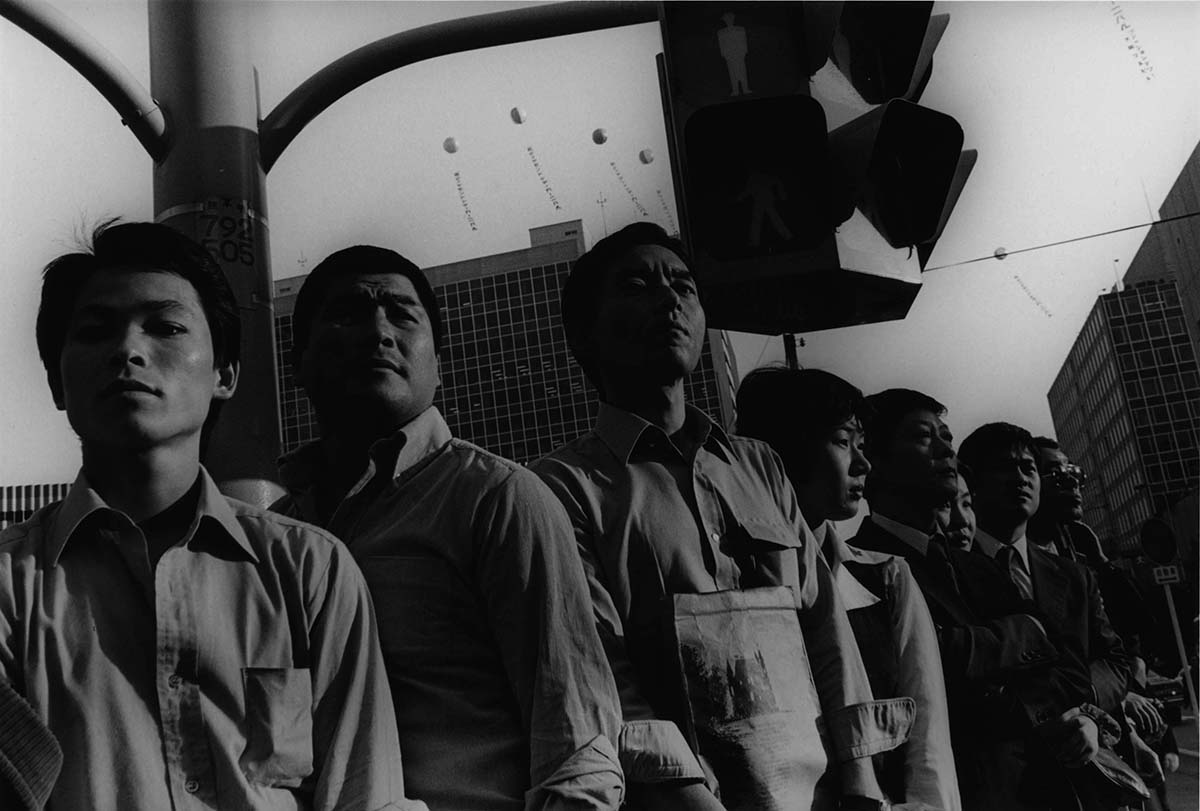 The Third Gallery Aya is pleased to announce a solo show titled “Citizens” by Jun Abe from the end of this year to the beginning next year 2013.
The artist , Jun Abe, has continued to photograph Osaka in snapshots since 1980’s.
Although he depicts usual things, he introduces us to a strange world we’ve never seen before.
His snapshots are monochrome and high contrast.
We would like to show how interesting the world from his eyes and camera is.
It is time to let you know his world.

We think his works lead us this strange existence as we have never seen.

The Third Gallery Aya will join a special small party called “January Party”,which is planned by the gallries in Wakasa Building and the Santosu building across the street.
The Third Gallery Aya is on the 2nd floor, Yoshimi Arts on the 3rd floor, Sai Gallery on the 4th floor, and Calo is the on 5th floor of the Wakasa Building and Koichi Fine Arts is in the building across the street. As it was successful by second challenge, we have decided to contiune attempt by 5 galleries.