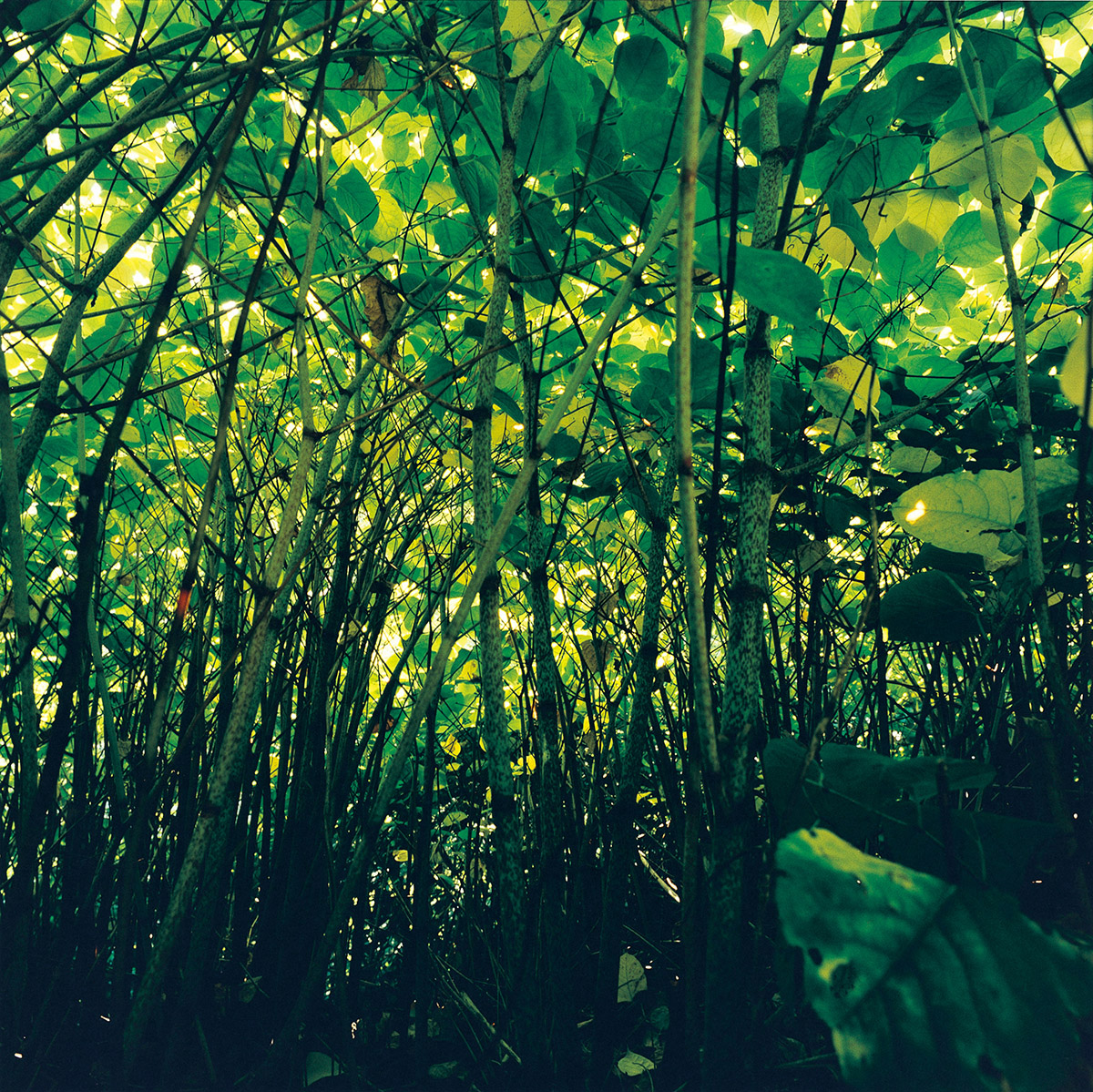 The Third Gallery Aya is pleased to announce a solo show by Watanabe Koichi titled Moving Plants, which runs from December 15th to January 23rd. Seigensha Art Publishing will release Watanabe’s new book on how he has pursued a plant called itadori (known as Japanese knotweed in English) for some 10 years. This exhibition is designed to commemorate the publication of this book.

Watanabe was first inspired to photograph itadori (or sukanpo) after he came across the plant in Hokkaido. The weed, which has quickly propagated and destroyed the ecosystem in Europe and America due to its strong life force, was brought to Europe from Japan by Philipp Franz von Siebold, a German doctor, for use in gardens. After hearing about the proliferation of the plant, Watanabe embarked on a journey to see it with his own eyes.

”The view of history we see through Japanese Knotweed and Watanabe’s travels is filled with complications and sarcasm. Dr. Siebold, a symbol of friendly relations between Japan and Holland, was the origin of this invasive foreign plant. Japanese Knotweed is now synonymous with incisive plants that are feared in Europe and America and is a target of extermination. We embark on a trip with Watanabe, but soon we are lost in a maze of human activities and capital. Moving this huge bush to another place influenced many things and became closely intertwined with nature, knowledge, technology, and industry. This has become clear in recent years.”––Minato Chihiro (excerpted from the photo book)

Watanabe has traveled to the UK, Poland, Holland, and America in search of the plant, and his photographs provide us with many surprises and discoveries. Although it might seem as if plants have remained in a given place for a long time, this is not necessarily true. We are sensitive to “exotic plants” and “exotic animals,” but largely indifferent to “invasive” ones. This perhaps explains the title Moving Plants, despite the fact that plants cannot actually move by themselves.

In the shadows of itadori, we can recognize a modern system, in which things and information are intricately circulated through people. This unique photo book captures the dynamic movement of plants in connection with the artist’s own text, which makes up about a quarter of the book. We hope you will join us for this exhibition and also have an opportunity to look at the photo book.