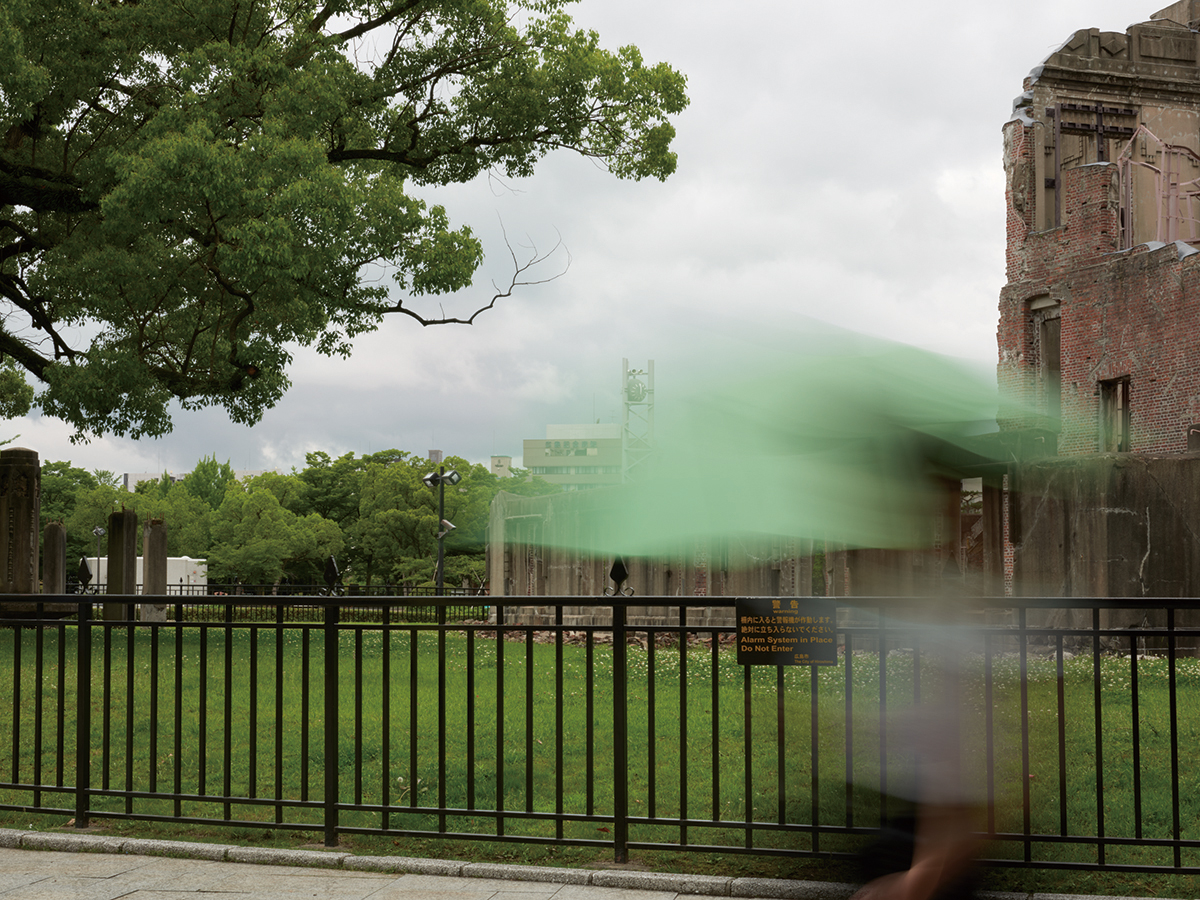 SASAOKA published her photo book Park City in 2009, a collection of photographs taken around Hiroshima Peace Memorial Park from 2001 to 2009. She has grown her interest in the “park city” of Hiroshima through exhibitions in various places, in her pictures of areas hit by the Great East Japan Earthquake (Remembrance) that share a legacy of disaster, and interviews in Hiroshima for Photographers’ Gallery Press no. 12. One of her works, taken at the hypocenter of the blast, is dominated by a dark shadow covering the faces of people around, exploring the significance of continuing to see what is invisible to the eye.

In this exhibition, we present a slide projection in reorganized form of the series of works she has taken over the past 10 years, in addition to prints of her early and best-known works. This evocation of the legacy of radiation exposure in Hiroshima will highlight and explore the complexity of individual memories fallen into oblivion, sparking reflection on our own current condition instead of simply shallow understanding or sympathy.

On the first day of the exhibition (June 6) from 19:30-21:00, SASAOKA will have a talk with MITAMURA Akira, also a photographer taking pictures of Hiroshima. It will be interesting conversation that shows us the different yet similar thoughts of these two photographers, who shoot the same subjects with different points of view.