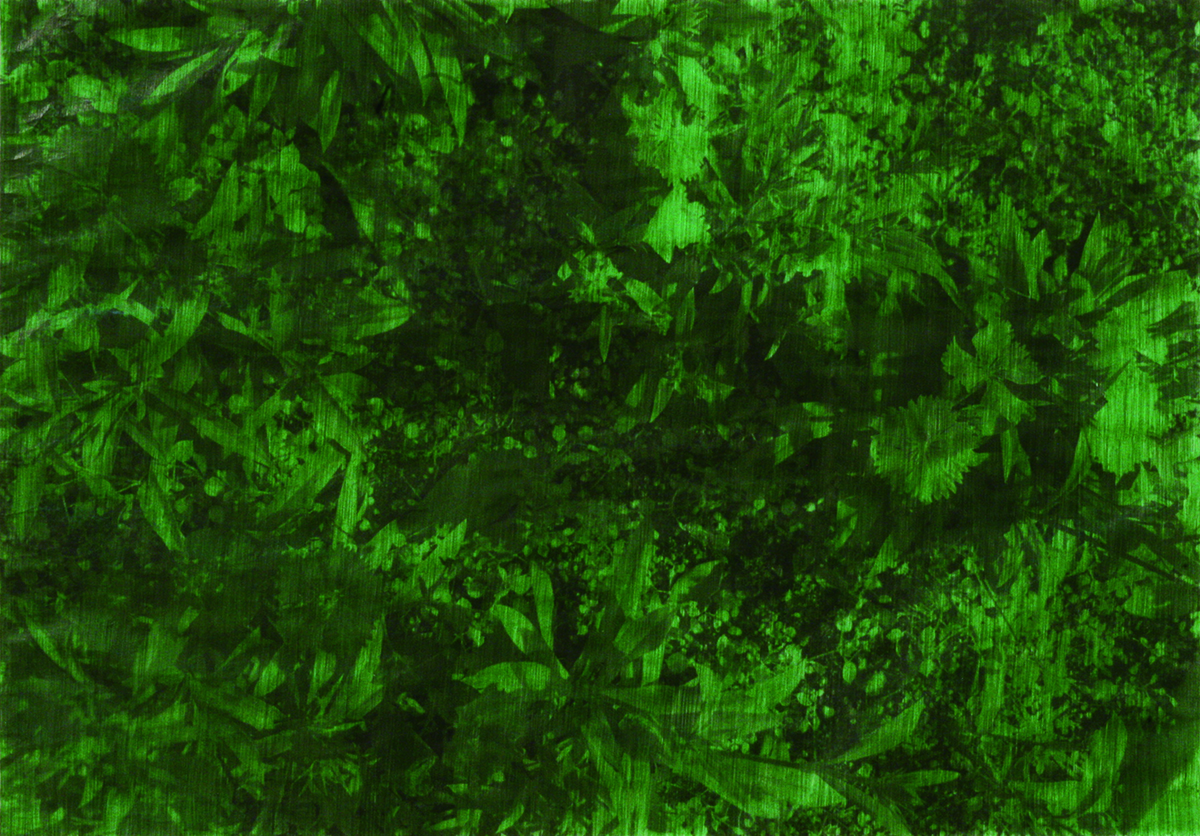 Fukuta’s work exhibited thus far includes New Timeline / Great Escape / Branch, in which he cut branches into pieces and reassembled them into branch-like objects; Jewel, a video work where he filmed several hundred women from behind and superimposed them to create a fixed image; and Surface, in which he photographed objects from many different angles and processed the images by layering them. He has used various media to explore axes and layers of time and space that differ from those of everyday reality.
We will show his new work from a series called Time, This Time, which was first exhibited as a graduation project in 2006 but is still in progress today.
Fukuta’s works often feature subjects from everyday life that show unexpected beauty or spark his interest and curiosity.
In these works, too, interesting aspects of roadside weeds served as inspiration. In the new additions to the Time, This Time series shown here, Fukuta captured the daily growth and wavering movement of weeds, printing out the images in black and white on copy paper and coloring them in entirely with green oil-based ballpoint pen, an unimaginably time-consuming process.
The images, with colors limited to green and black, become depthless, flat and powerful. By drawing by hand using ballpoint pen, Fukuta creates a unique temporal expression by binding together the time axis of weeds’ growth and that of his own working process.