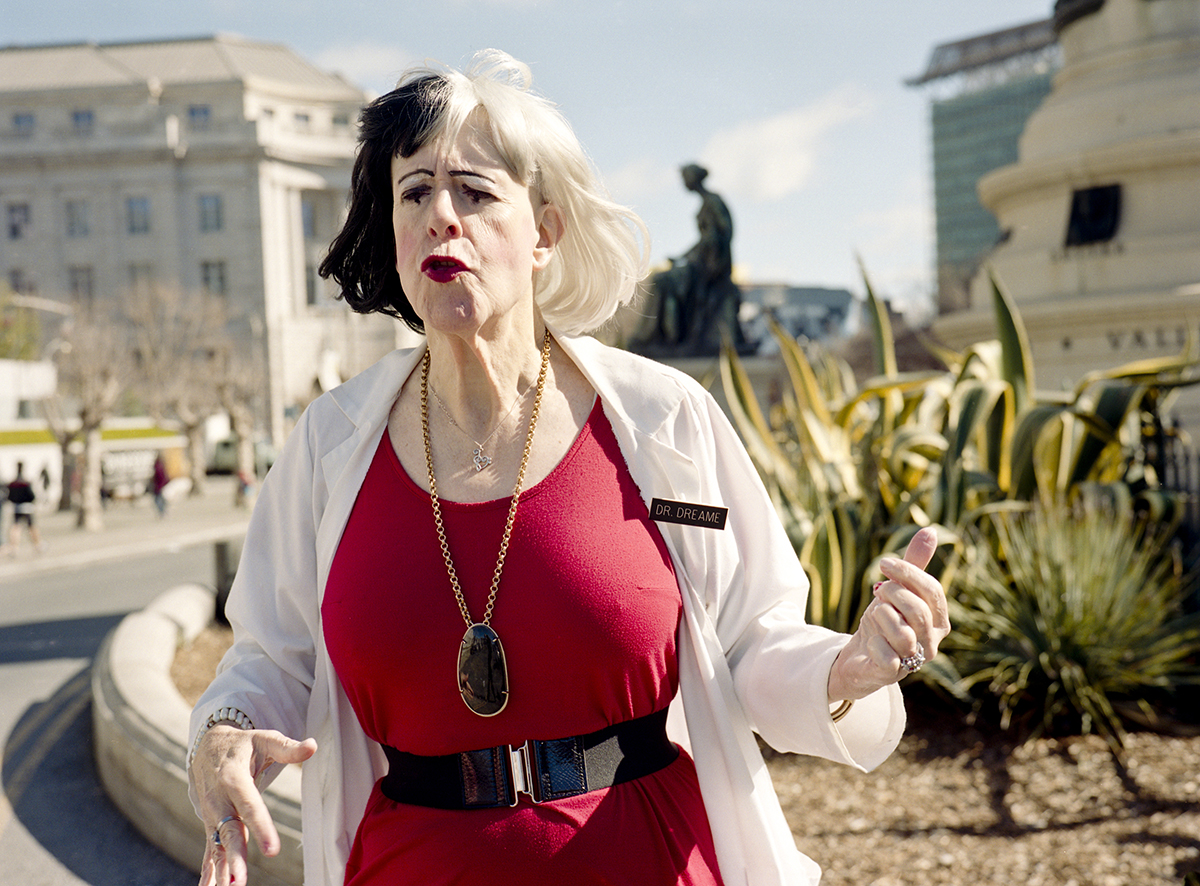 The Third Gallery Aya is very pleased to announce an exhibition by KANEKO Hiroyo as the first exhibition in 2020.

“It is the space of appearance in the widest sense of the word, namely the space where I appear to others as others appear to me, where men exist not merely like other living or inanimate things but make their appearance explicitly.” Hannah Arendt, The Human Condition.*

Appearance is a portrait series of people singing.

From summer to autumn of 2009, before I began photographing this series, I suffered from a brain ailment of unknown origin which debilitated me. Perhaps because of my unstable condition, my gaze was often drawn to the figures of children. At the same time as wishing I had their energy, I empathized with their apparent precariousness and their vulnerability. It was then that I heard that a musician friend of mine was teaching children to sing, and I felt I wanted to photograph “children who sing.”

Several years later, I happened to see a young man singing a song in an art gallery. He was just sitting on a bench and singing with no accompaniment. He seemed to be unguarded, but the solemn atmosphere of his demeanor enchanted those around him. In that moment, I felt that there was something that people had in common when they were singing, whether they were children or adults, and I began to photograph “adults who sing.”

People express their feelings when they sing. The melodies recall their yearnings for the past and the future. And the rhythms stir the subjects’ bodies, where a variety of expressions and gestures appear and disappear. A photograph cannot show feelings which are invisible, but it can capture an instance of ever-changing expressions. Using this special characteristic of photography, I wanted to capture the instant when a feeling appears unexpectedly on the subject’s face.

This may seem to be contradictory, but I changed the film format from a square to a rectangle in my creative process so as to take in more of the subject’s surroundings. If I wanted to isolate just the subject’s face, the background should get in the way. But the reason I didn’t go in the direction of eliminating it was that in shooting these subjects, I felt that there was an inherent meaning to the space in which they appear.

Since emigrating to the U.S. in 2002, until 2010 when I started Appearance, it was difficult for me to take photographs in this land. This was because I did not have a good answer to the question I asked myself, “Why am I taking this photograph of this (this person) here?” whenever I pointed my camera at a subject. I felt there was a hurdle I needed to overcome for me to take photographs as a foreigner in a foreign country. But when I felt I wanted to photograph “children who sing,” it didn’t matter to me whether this was a foreign country or I was a foreigner. To me the presence of children as well as the act of singing are universal. And adults, who are the extension of being children, are also universal human beings. This way of thinking allowed me to go anywhere to meet and talk to people and take their photographs.

Most of my subjects are people whom I encountered where I live around San Francisco and Oakland. Getting to know them in my daily life—through friends, apartment neighbors, my workplace, where I volunteer, at exhibits, or at gatherings at friends’ houses—I ask if I can photograph them and go to their houses or specified locations. I leave the selection of the song to them, and concentrate on pressing the shutter to lock into the photograph the instant they show that they exist in that space, are singing, and are resonating with their world. I wished to compile a collection piecing together each of the photographs I created this way. In order to present how “the space of appearance” of the individuals who appeared to my eyes to be my photographic subjects would clearly appear to the eyes of yet another person. 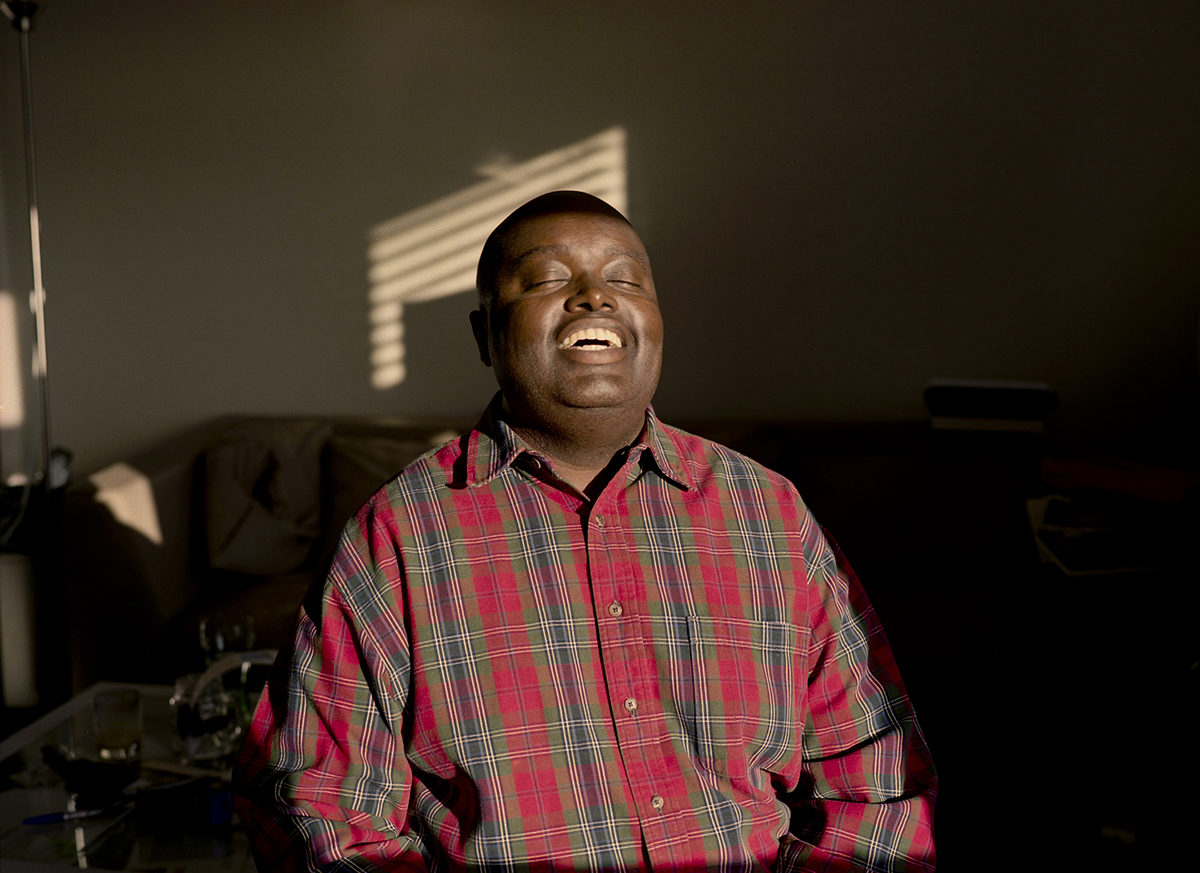 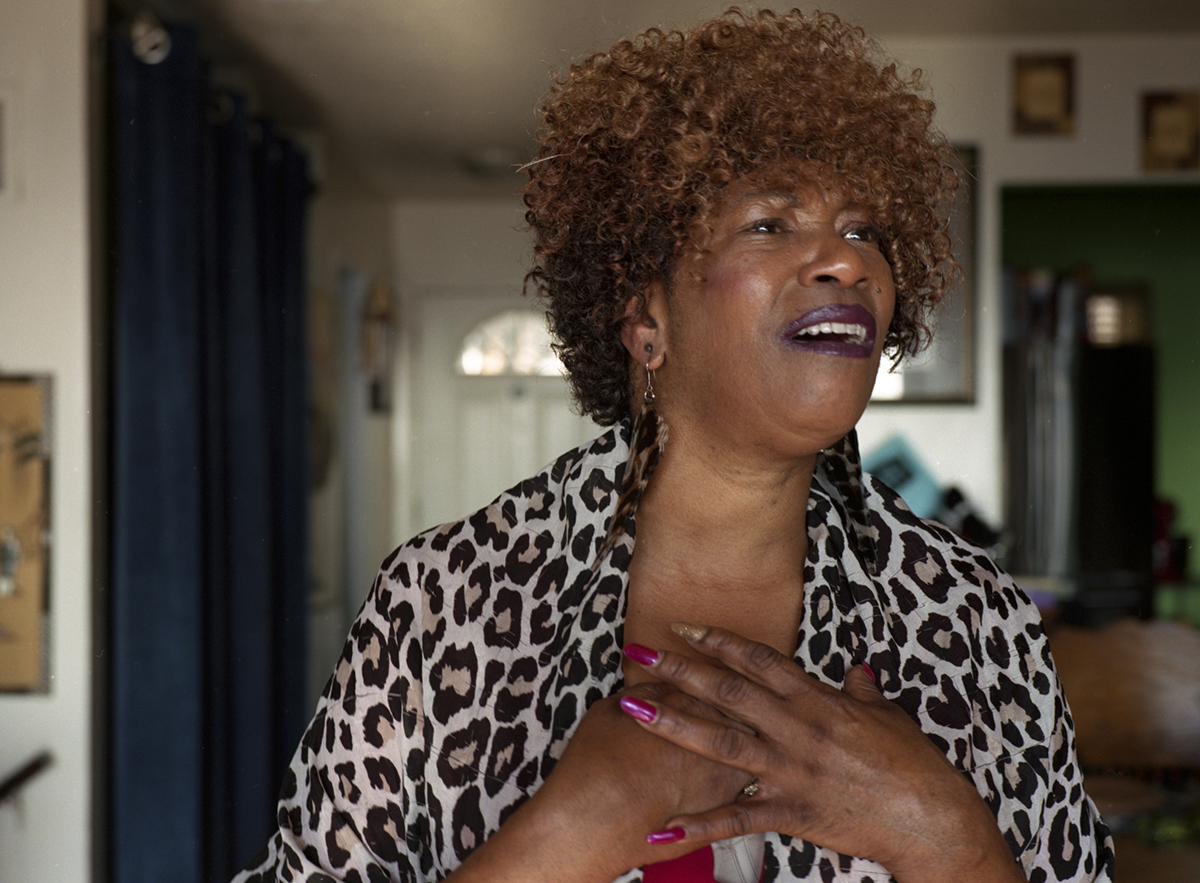 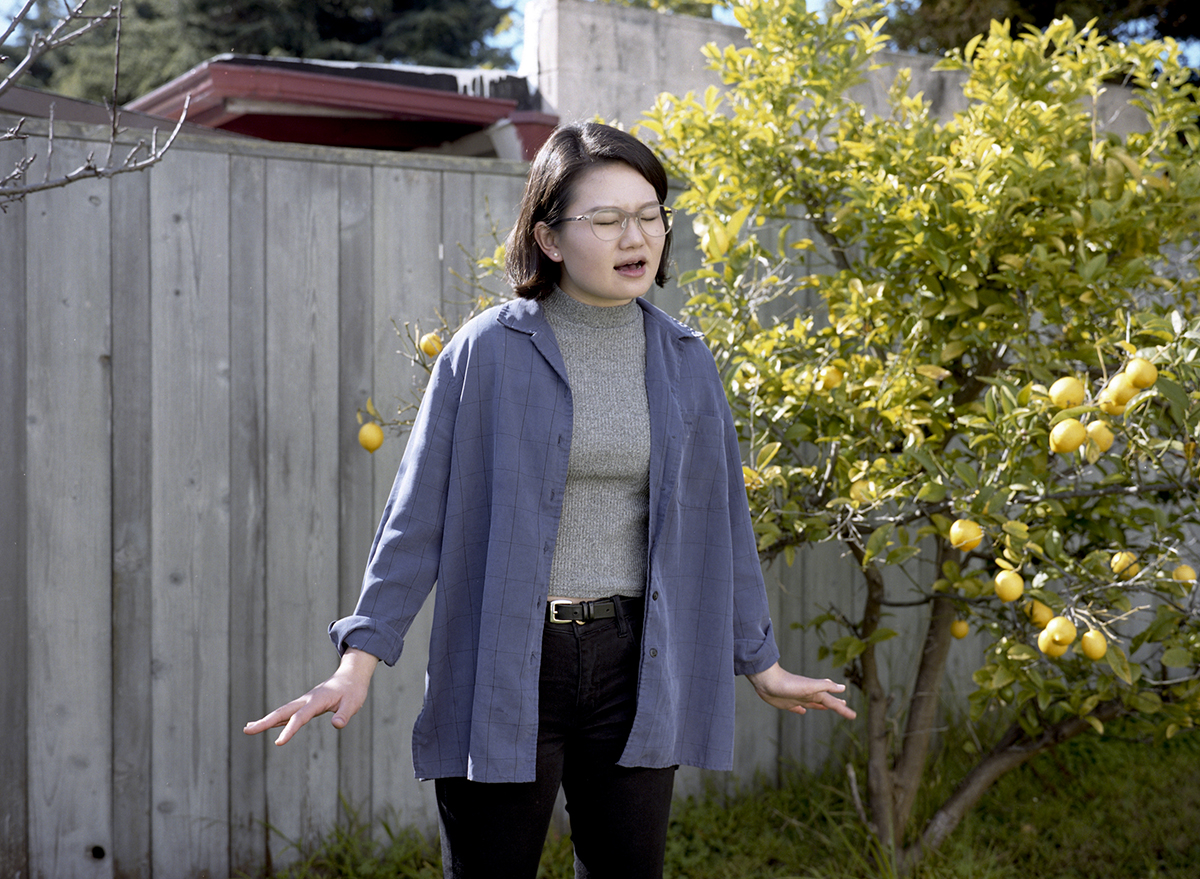 Killing Me Softly with His Song2017356×484mmChromogenic Print 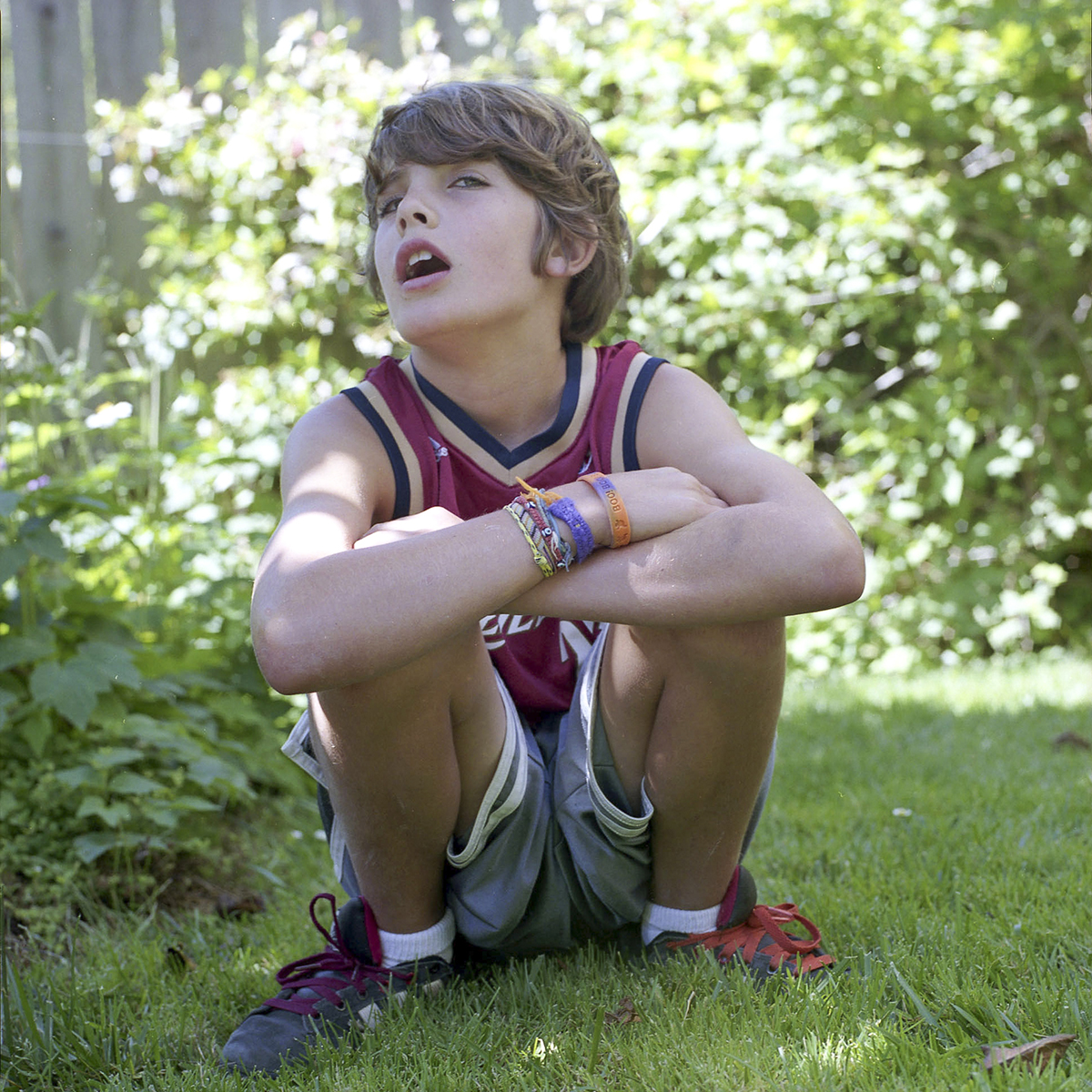 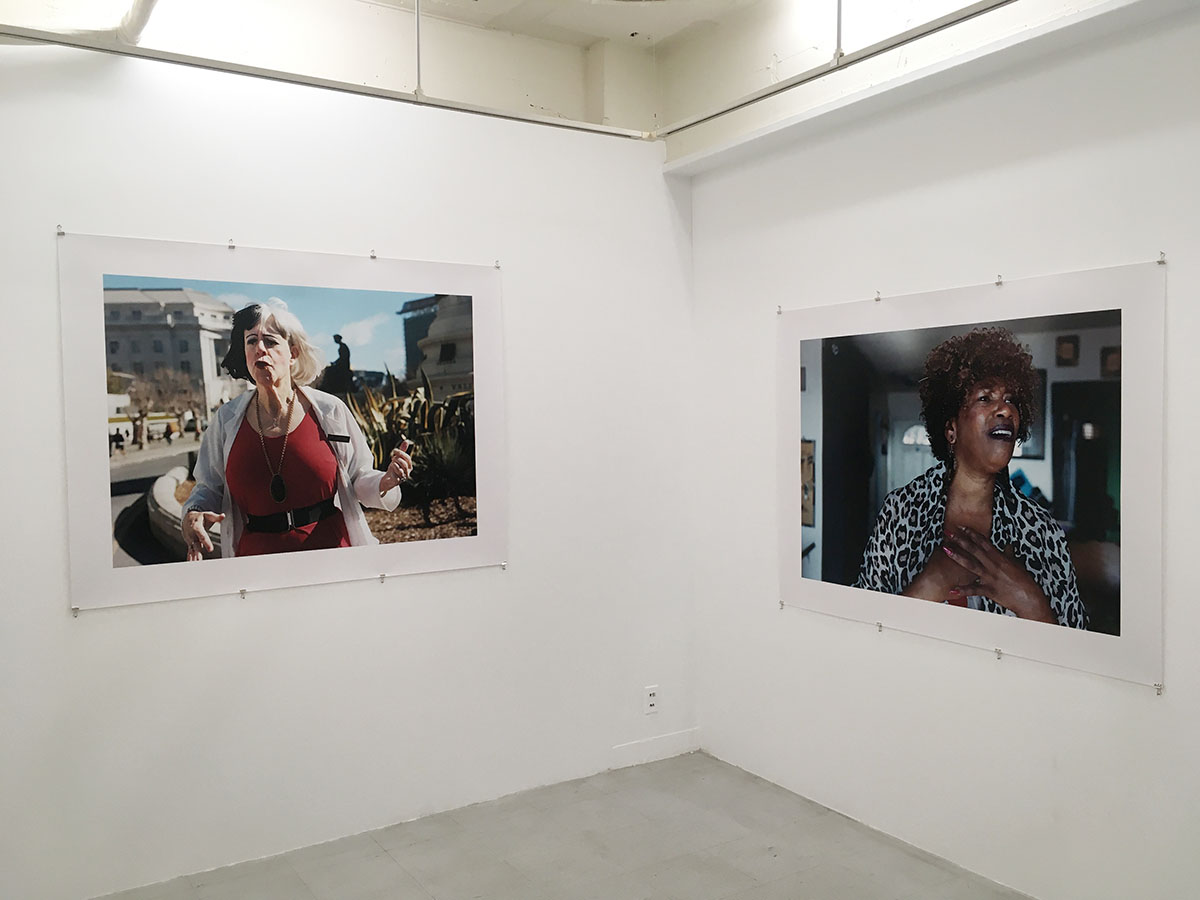